During Halloween weekend, I met some amazing people with some great stories! I was extremely interested in one gentleman’s story in particular that I want to share today. He is a professional big-game hunter in Africa.

As a vegetarian and lover of animals, at first I was like “how could you! Those innocent animals!” but instead I became curious and listened to his side of the story. He has hunted the Big Five: Elephant, Lion, Rhino, Cape buffalo, and the Leopard. These are deemed to be the most challenging hunts in the world on foot.

He explained to me that he is getting hunted as he was doing the hunting. The elephant was charging at him and his mates ready to kill them all before the shot was fired. He says the lion’s roar still plays in his head and makes the hair stand up on his neck.

I immediately thought of the publically famous Cecil the lion and the media coverage behind that story. I asked him his opinion and he said that dentist did everything the legal way. The only reason Cecil is not alive is because his mane was covering the tracking necklace that he was wearing. There was no way to know that Cecil was not a fair game hunt and once the media go a hold of the story, they ran with it to make hunting look unethical and immoral.

I asked him his thoughts about hunting for sport vs. hunting to eat. When he explained his reasoning, he had 100% certainty and conviction that what he is doing has a utilitarian approach and is for the greater good.

Some of his justifications and reasons:

As I listen to him explain with such conviction and confidence, I thought about how many “haters” he must encounter in his life. How many people try to deter his way of thinking? How many occasions has he lost a relationship due to his “ethics” or “morals” on the topic of big game hunter?

Even though I would NEVER kill an animal or hunt, I respect that this man has a justified reason for his actions and feels passionate about what he is doing. That passion is something that many people lack. Too often we find people that say they have a passion until someone else comes along and tries to convince us otherwise. People are very quick to cast judgment and others are often too quick to believe them and change their habits accordingly.

I believe there is a lesson to learn from this big-game hunter. I believe everyone should go hunting immediately! Just kidding!!

I do believe that we all can start to lead a life with passion and find a cause that motivates us wholeheartedly to a point where opinions of others do not matter because deep down you feel and know with 100% certainty that you are doing the “right” thing!

Lead a life with passion or live a life on someone else’s terms. #ChoosePassion

If you have not done so yet, check out my latest podcast interview on “How to get rid of excuses once and for all” 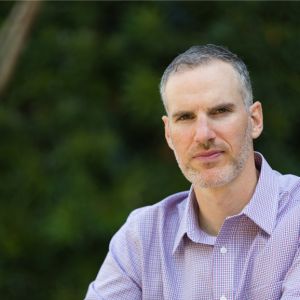 Mike Abramowitz is a dynamic speaker, bestselling author, and transformational coach. If you are looking to turn your insecurities into your superpowers, he can show you the way!

Mike Abramowitz is a Speaker, Author and Transformational Coach turning your greatest insecurities into your superpowers.